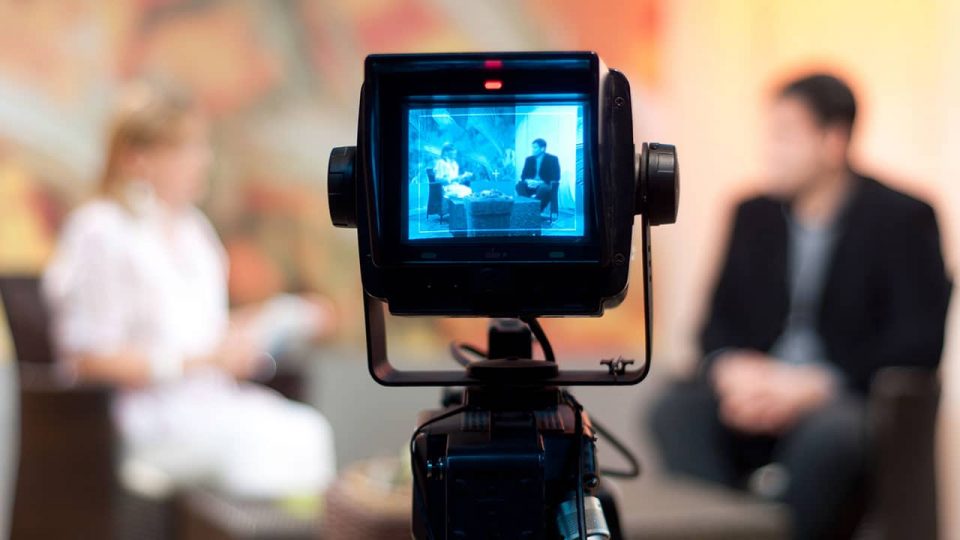 The way investors and stakeholders interact with your company is evolving. So the way you communicate with them needs to change too.

While a growing number of publicly listed companies are publishing interactive annual reports and even social media accounts, your company’s digital communications strategy shouldn’t stop there.

Shareholders, stakeholders and consumers all want to hear from the head of the companies they follow. Multimedia communication is making this possible, in an era where CEO’s and company executives are more accessible than ever before.

Where once senior management remained hidden in the boardrooms of their ‘ivory towers’, digital video technology is allowing CEO’s to reach out and speak to the people – literally. A great example is the innovative approach taken by BHP in their BHP Live video’s.  BHP Live is an online event where shareholders can ask BHP executives, including Andrew Mackenzie, questions, on the matters most important to them and receive answers live via webcast.

Video communication can generate a whole new stream of content marketing and opens a new window of opportunity for your company to deliver its messaging in a powerful, and personal way.

Making the CEO the face and voice of a company is a whole new way of thinking, and a fresh approach to corporate communications and investor relations.

It reflects the growing shift in attitude toward corporate culture and the changing tone of corporate communications globally. What was once formal, refined and well… corporate, can now showcase more personality and passion with a buttoned down delivery, demonstrating greater authenticity and a more human approach.

The Attraction of Video

Even simple phone calls and teleconferences have been reimagined visually, with the rising popularity of video calls using apps like Skype.

Recent surveys suggest one third of all online time is spent watching video content, while some reports predict while Cisco research predicts, that  globally, IP video traffic will be 82 percent of all IP traffic (both business and consumer) by 2022, up from 75 percent in 2017.

This global explosion of online video extends to the corporate market too. Surveys have found more than three quarters of investors regularly watch non-financial videos from companies they follow, while a vast majority of financial professionals and private investors prefer video webcasts over audio for financial results.

Have you heard of Tik Tok?

Watching videos is no longer limited to our televisions – a plethora of platforms have arisen. Many are still just exploding onto the consciousness of corporate executives.

We are now spoilt for choice for online video sources, from live video broadcasts on Facebook, to the 5 billion videos watched every day on YouTube, and the ever-popular video on demand platforms like Netflix.

Everyone with a smartphone is now walking around with a video player, and video recorder, that fits in their back pocket. So more of us are watching video whenever and wherever we want, including on Instagram, SnapChat, Tick Tock plus a multitude of new social media channels.

This unprecedented access to multimedia and video content has changed the way consumers, including investors, seek and receive information. Which is why we’re seeing more companies and CEO’s embracing video as a communication platform.

Facebook is just one of the many digital platforms making video an increasingly popular and accessible content format – and a powerful engagement tool.

Facebook Live allows companies and CEOs to speak to their stakeholders in real time, in a low-cost, timely manner for fast and efficient announcements, or as a personal introduction to more formal video and online presentations.

The platform of choice for these more highly developed videos is YouTube, which also continues to grow. It was recently announced YouTube has 1.5 billion viewers logging in every month, each watching an average of one hour of video content per day.

However, even the number two biggest search engine in the world –  YouTube – can get it wrong. One of the most derided video’s of 2018 was YouTube’s own. The widely derided recap of YouTube’s year is the site’s most-disliked video with almost 16 million thumbs down ratings, and even Wojcicki’s ( YouTube’s CEO) own kids thought it stunk.

Regardless of the platform, recent surveys show 84 per cent of consumers watch video on mobile devices.  And they make the most of having mobile access to video, with 33% of consumers watching video during their lunch hour, 43% in the afternoon, 56% in the evening and even 16% from their bed in the middle of the night.

Among those consumers are investors, which is why a growing number of CEOs and founders are embracing online video.

8 Video’s You Can Create from One CEO Video

Whether your company uses video to create formal presentations like these, or the more casual live conversations of CEO’s like BHP CEO Andrew Mackenzie, video plays a critical role in the investor relations and corporate communications strategies of today’s most successful companies and CEOs. And we know that your CEO’s time is short so here are 8 ways you can extend one interview with your CEO across numerous stakeholders.

We have also put together a preview of just a few impressive examples of companies and CEOs using video to elevate their profile.

Perhaps one of the most prominent examples of CEO’s using video, is the CEO who introduced live video streaming technology to the world.

Facebook CEO Mark Zuckerberg launched the new Facebook Live video-streaming platform via none other than, a live video.

Dressed in his trademark grey t-shirt and jeans, Zuckerberg opened his first Facebook Live broadcast from the open-plan Facebook HQ, and in part two, sat casually on a desk surrounded by Facebook Live team members, while answering questions from Live audience members about what he declared ‘the golden age of video online’.

Despite being the high profile CEO of the world’s largest social media platform, Zuckerberg continues to use photos and videos to share insights from his professional and personal life.

This personalised approach to corporate communications reinforces Facebook’s youthful, modern and innovative culture – not only reflecting, but driving, the company’s corporate identity.

Telstra is the largest telecommunications company in Australia and the company has embraced digital technology in its offerings for both consumers and investors.

Telstra holds a 51% share of NBN customers and dominates the majority share of fixed telecommunications nationally. Telstra customers have access to a suite of digital services including an online customer portal, live chat support, the Telstra 24×7 App and social media networks. Telstra’s approximately 1.5 million shareholders and stakeholders are also treated to the accessibility of digital corporate communications.

Developed with a mobile-first design, the interactive report ensured key financial highlights, case studies and reporting content were easily accessible, and navigation was kept clean and user friendly to accommodate the needs of older shareholders.

The 2016 Shareholder Review is a website offering shareholders and investors an interactive experience, presented in a modern and fashion-forward design.

The landing page opens with a video presentation showcasing the company’s vision, with the year’s earning highlights displayed visually below in a scrolling screen format.

Users can click key icons on the landing page to be led to further interactive pages including financial highlights and the portfolio overview with an interactive map, each featuring graphs and tables; the Chairman’s letter and Co-CEO review; bios of board members and senior management; and more on Westfield’s development program and digital strategy, both of which contain further video content.

The interactive report successfully engages its audience using this collection of digital functions, special features and videos – providing a richer user experience than a written report can offer.

ALE Property Group is the owner of the largest portfolio of freehold pubs in Australia.

Information about their partnership and ALE’s full portfolio of properties is available in an interactive Property Compendium website, featuring searchable maps, individual property data, property compendiums, and videos showcasing the highlights of ALE’s finest properties, like this video on the iconic $17.2 million Breakfast Creek Hotel in Brisbane.

If you need any further inspiration or would like to produce a professionally produced series of company video’s for your corporate communications contact us at Interactive Investor.