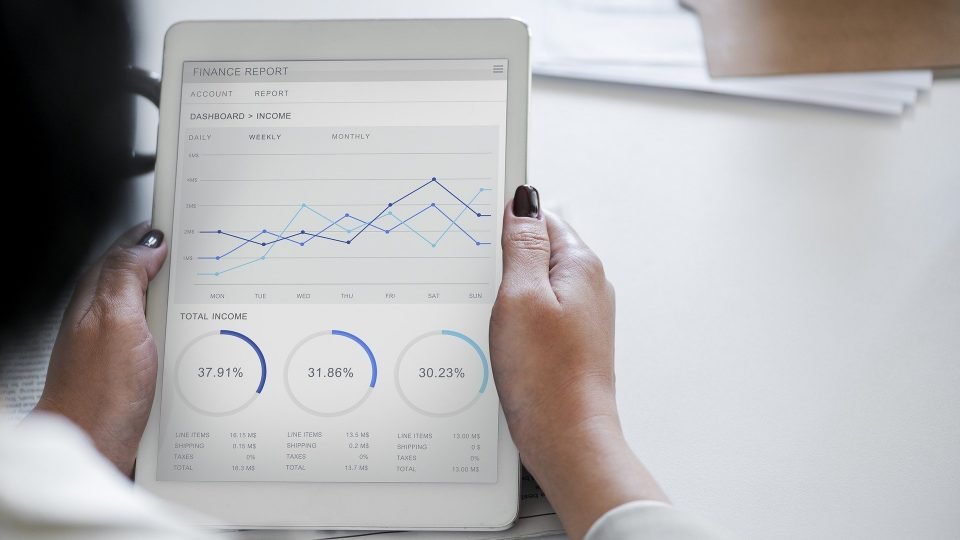 The rise of the paperless office has extended into boardrooms everywhere, triggering the growth of digital corporate and financial reporting.

Public companies around the world are now taking their statutory reporting online, flexing their technical innovation muscle while embracing all the possibilities of digital corporate communications and IR.

It stands to reason that unless you’re Warren Buffet, most of us mere mortals don’t delight in thumbing through hundreds of pages of printed reports.

But saving time (and preventing papercuts) are just some of the perks enjoyed by companies making the switch to digital reporting.

Recent data suggests as many as 90% of shareholders would prefer an interactive digital report over a PDF. So it’s clear if companies want their reports to be seen, they need to be digital.

The industry is responding

As we previously reported in our eBook, the National Investor Relations Institute has found hardcopy production of reports is slowing globally, while expenditure on digital annual reports is growing.

In the 12 months following the height of the Global Financial Crisis, there was a 185% increase in Fortune 1000 companies producing HTML annual reports, and a 50% rise in the use of corporate video.

Companies are also reimagining the content they include in their reports in an effort to gain readers’ attention, as studies show simple online reports only account for 2% of corporate website traffic.

A 2016 study on Digital Reporting in Europe found more companies are now incorporating storytelling and other non-financial content into corporate communications. Estée Lauder Companies’ 2017 annual report set the bar high in this regard, being the first shareholder report to feature shoppable pictures.

The success of a multifaceted new-age approach to corporate reporting was showcased in Telstra’s award-winning interactive annual report in 2015. Interactive Investor helped Telstra’s Interactive Annual Report deliver a 343.2% rise in readership and a six-fold increase in return visitors, claiming the KPMG/Markinson Cowell Award for Best Corporate Reporting in 2015.

How did we get here?

Corporate reporting hasn’t always been known for its entertainment value. If we’re honest, it was anything but for a long, long time.

A 2016 study on “The Evolution of the Annual Report to Shareholders” by Elizabeth Willimon, reveals the average annual report has been getting progressively longer, with average word count increasing by 12,000 words between 2000 and 2013.

This has been attributed to greater regulatory disclosure requirements, rather than an increase in quality content. The study reports on findings from the Securities and Exchange Commission that almost 70% of shareholders now admit to disposing of hardcopy annual reports because they are too complicated, or too long and wordy.

It’s a very different picture to the financial reporting standards of the earliest publicly traded companies. Prior to the Stock Market Crash of 1929 and the subsequent Great Depression, corporations enjoyed the freedom of what was largely unregulated territory.

“In William Ripley’s Main Street and Wall Street, the hodgepodge of reports in this ungoverned period is described as ‘extraordinarily diverse in appearance, size, content, and intent’.” – The Evolution of the Annual Report to Shareholders” (Willimon L.E, 2016)

Efforts were soon underway to establish greater accountability and transparency in financial reporting, and the first federal law regulating the issuance of securities was finally formalised by The Securities Act of 1933, followed a year later by the formation of the Securities and Exchange Commission.

Some of these early rulings have been replicated by governing bodies around the world and are still imprinted on the corporate reporting of today. Along with many other regulatory requirements that have been added and amended along the way, creating the issue of lengthy reports and some seriously dry reading.

Taking corporate reports online not only creates a more reader-friendly product, increasing exposure to stakeholders and potential investors, but it also doubles as a powerful marketing tool.

And there are a few ways organisations are using this to their advantage.

Sustainability is now one of the fastest growing concerns for shareholders. Environmentally-conscious investors are looking for higher levels of Environmental Social Governance in business practices, particularly around areas of energy, waste and pollution, natural resource conservation and treatment of animals. So keeping print and paper use to an absolute minimum in favour of digital reporting can be welcomed by shareholders as a greener alternative.

Further to the obvious PR benefits, companies can also use digital and interactive reporting to obtain valuable data and detailed insights into their audience.

The omnipresent nature of digital means online reports are here to stay – and can’t be simply disposed of in the recycling. This organically increases the number of return readers, who can effortlessly click through to a corporate website and find the information they need, when and where they need it.

Content within interactive reports and microsites can also be segmented to create an archive of digital marketing material, easily shared on a company’s social media networks and IR communications throughout the year.

This wide-spanning reach creates a detailed ‘data map’ of traffic to the company website and the report itself, helping companies to analyse and interpret investor behaviour.

If a company prints and distributes 1000 annual reports, it has no way of tracking how many reports were actually read. Even PDF downloads are limited to providing only the number of clicks the document received. But online interactive reports can trace far more detailed investor metrics including the location of users, the date they visited, duration of time spent viewing individual sections, user experience analysis such as page flow – even what type of device they accessed the report on.

This information is extremely valuable to organisations seeking to optimise their investor relations and corporate communications to ensure they are delivering what their audience, and ultimately their investors, really want.