How CEOs Can Build Their Corporate Influence with Social Media 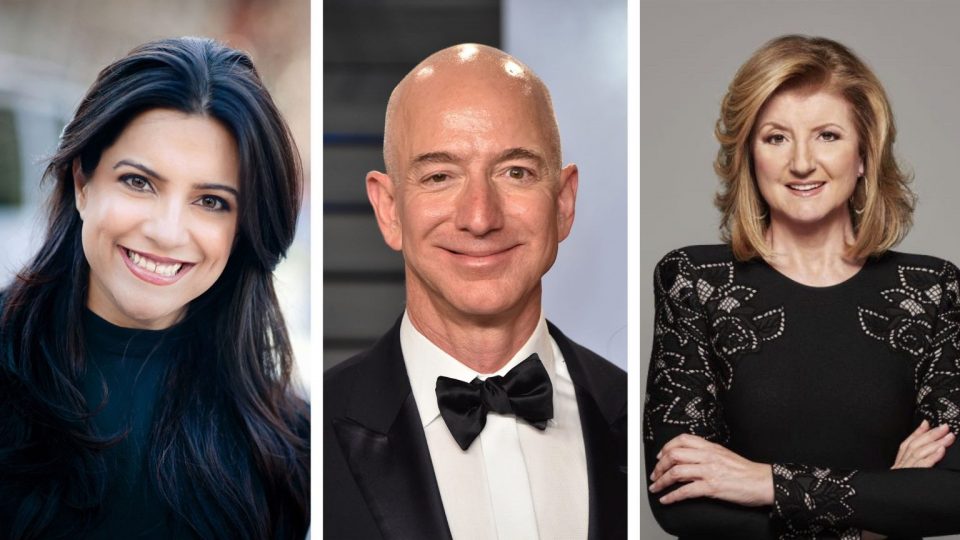 When it comes to corporate leaders being social, it can be lonely at the top, but fast forward 2020 and how things have changed.

For years many companies and CEOs have resisted the social media movement, taking a more conservative approach to their digital startup and tech company counterparts who have dived into the Twittersphere.

A 2015 survey revealed most Fortune 500 CEOs had no presence on any of the major social media channels, and were in no hurry to make ‘friends’ in the digital space, as shown by the chart below.

CEOs defended their lacklustre social performance back in 2015, claiming they either saw no purpose in pursuing a medium that provides no concrete return on investment, or they were too busy, or simply didn’t understand how it all works. Some also exposed a fear of unfiltered messaging creating havoc and confusion in the marketplace. The social needle however slowly changed with top CEOs driving the trend since 2017. Some high profile CEOs, in particular, have become social media rockstars, think Elon Musk, Marc Benioff, and Mark Zuckerberg.

It became apparent that ignoring almost 3 billion active social media users globally is probably not a good business strategy. This powerful wave of digital communication platforms, each with its own point of difference, has radically changed the way individuals, including investors, live and work. By not tuning into their frequencies, organisations are running the risk of not being heard, and missing out on opportunities to maximise brand potential.

To navigate this social superhighway, a McKinsey report calls for a ‘new type of leader’, one who can tap into the power of social media and deftly veer away from its pitfalls.

The report makes the comparison that the dynamics of social media demand the same qualities that have long been a staple of effective leadership, such as “strategic creativity, authentic communication, the ability to deal with a corporation’s social and political dynamics and creating an agile and responsive organisation”.

Those leaders diving into the digital deep end are changing the way corporate companies communicate. And their success demonstrates just some of the reasons why CEOs should be on social media. For examples you just have to look at the 10 most connected CEOs on social media today.

CEOs and the Board, traditionally keep tight controls on communication by the company when it relates to investor relations or corporate commutations. And sometimes, you can appreciate why. There have been several high profile examples of social media mishaps for CEOs and here are the 5 biggest fails of social media CEOs for 2018.

But a strategic approach and carefully considered execution of social media use can be both safe and beneficial for CEOs and their companies. It can be wielded to great influence as seen by Elon Musks’ Tweets in support of Twitter CEO Jack Dorsey, who is under attack from activist investor Elliott Management.

Social media is a unique form of communication and engagement that can expand and benefit from collaboration and teamwork. CEOs have the capacity to throw the net far and wide to capture high profile collaborators who can help elevate messaging, leverage off trends and broadcast messages widely. Tesla’s Elon Musk is known for his influential tweets and fast-moving network. His simple Tweet about a ‘major new Tesla product line’ saw the company’s market value boosted by $1-billion almost instantly.

71% consumers are more likely to purchase a product based on social media referrals. Traditionally known as ‘word of mouth’, buzz refers to the sharing of experiences about products and services, recommendations and being influenced by others experiences – all powerful dynamics in the digital social media space and one which CEOs would do well to note. Other CEOs that have embraced and successfully utilise social media to their advantage. Global business advising firm Brunswick Group conducted a study on the top 100 connected CEOs, based on their social media presence and other factors. Doug McMillon, CEO of Walmart, earned the top spot on the list for his use of videos and photos, which show both his professional and private life.

Be Seen, Not Just Heard

The #BrandsGetReal: Social media & the evolution of transparency 2018 report found more than half of consumers want CEOs to have a personal presence on social media, such as their own Twitter handles or Instagram accounts. And 63% of people say CEOs who have their own social profiles are better representatives for their companies than CEOs who do not. This is in addition to the reputational benefits CEOs with their own social profiles already earn, such as seeming more approachable, accessible and human. This reinforces the demand for corporate messaging coming straight from the top. For those willing to take the leap, videos are becoming a popular new tool for companies and CEOs to broadcast their ideas and build on company reputation.

Communications technologies are changing the way people connect so rapidly, that any attempts to stay out of the limelight may mean being left to stumble around in the dark.

Amy McIlwain, Hootsuite’s Global Industry Principal, has travelled across the world to discuss a research collaboration between Hootsuite and LinkedIn, which traced how social media use by senior executives in Australia’s financial services sector impacted employee engagement and company revenue. The result? A 40% increase in employee engagement as a direct correlation of CEO or executive engagement. Amy says companies with ‘social CEOs’ have better overall brand perception in the marketplace, and digitally inclined CEOs are better able to capture talent and drive sales. Almost one in five individuals (18%) would see a CEO’s transparency on social as a reason to consider career opportunities at that company in the future. Amy shared a great story with Forbes about a Fortune 500 CEO who was congratulated on being ‘feared and revered’ when he was promoted to his new role. Wanting to connect with his peers and appear more relatable, the CEO defined his goals and personal brand and began using social media, becoming very active on Twitter. “Part of his brand is that he’s an avid road biker and when he races, he shares photos. That’s what makes him relatable and human.”

Xinfu CEO Steve Tappin, well known as host of BBC’s CEO Guru, says there are no two ways to the debate on whether CEOs need to be on social media “because social media is no longer a thing that some people have and some people don’t, it’s now how we communicate”. He says CEO’s often don’t see the relevance of being on social media if their companies are doing well, or if they don’t have the time, but insists it’s another important step to take the company from good to great. As a starting point, he suggests CEOs delegate a lot of the work, but still produce some personal content to establish that personal connection with stakeholders. Here are a few examples of how top CEOs are actually using social media.

US approves Social Media for Announcements

Digital channels are a great way for CEOs to humanise themselves as the face of the companies they lead.  And posting a message on Facebook, for instance, can have far-reaching consequences, as Netflix CEO Reed Hastings found out in 2013. He controversially posted on his personal Facebook account that the Netflix monthly online viewing had surpassed one billion hours, but failed to include the information in a press release or Form 8-K. The Netflix stock price increased from $70.45 at the time of the Facebook post to $81.72 the following day. This led to the US Securities and Exchange Commission officially approving social media use for company announcements in 2013.

Some CEOs and companies hide from social media in fear of receiving online criticism. But being proactive in the online space gives companies greater control over what is being said, and the right of reply. A digital strategy integrated across multiple channels acts like a fortress for your reputation and market share. If you don’t like what others are saying about you and your company, social media platforms offer a ready stage for you to take a stand. A socially active CEO is an extension of the brand, and their personal messages act as additional support structures for marketing and sales activities to build stronger brand reputation.

Socially active executives can help drive customer and brand loyalty, and demonstrate their organisation’s commitment to customer service. Even the smallest scale acts can have positive flow-on effects for brand reputation and market confidence – particularly in the social media era.

One such CEO who has mastered the use of  kindness is Qantas’s CEO Alan Joyce. When he received a letter from a 10-year-old aspiring entrepreneur, one might imagine that he could have added it to the pile of backlogged correspondence, but no – Joyce responded personally.

“Please take me seriously,” said Alex Jacquot, from Australia, in his hand-written letter to the airline executive. … “Seeing as it is the school holidays, I have more time to work. But I don’t have anything to do (that I can think of). Do you have any ideas of what I can do?” The letter continued, “Seeing as you are the CEO of Qantas, I thought I’d ask you.”

Joyce responded personally, with the company’s official letterhead, inviting the young businessman to meet and discuss business with the busy CEO – now that’s an Act of Kindness.

Change is happening at the blink of an eye, and being socially connected allows CEOs to be at the forefront of that change, and wield the type of leadership that creates great organisations  in 2020 and beyond.